Downtown Winston-Salem has seen a great deal of growth over the past couple of decades. As a part of this growth, we are currently experiencing an explosive brewery boom and the end doesn’t seem to be in sight.

Foothills Brewing was the first to pioneer the craft beer craze in Winston-Salem. Foothills was founded back in 2004, and brewed 800 barrels in their first year, in 2017, this had grown to 40,594 barrels. Their initial success and subsequent growth showed others that there was a need (or at least a strong desire) for more craft beers in the Triad. Since Foothills began, downtown Winston-Salem has welcomed Hoots Beer Co., Small Batch Beer Co., Wise Man Brewing, Fiddlin Fish Brewing Co., Joymongers Brewing Co., and Incendiary Brewing Co. to the craft beer community.

“The craft beer market has expanded greatly in the Triad in recent years…there’s still plenty of room for growth.”

One question we frequently hear is, “Can Winston-Salem sustain this many (or more) breweries?” We believe that the answer to that question is a resounding “YES.” Below are a few reasons why we feel there is still plenty of room for growth in the brewery arena. 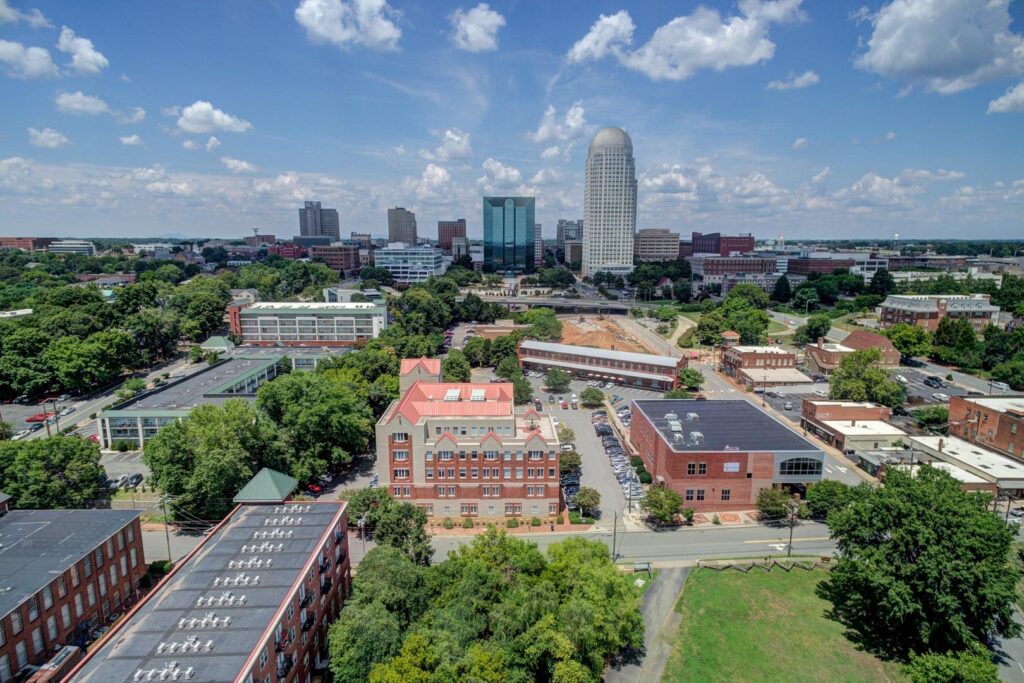 Often, this question stems from the concern that Winston is not a big enough city for so much beer. Many often think of big-time brewing cities such as Seattle or Denver which boast of 50+ microbreweries each and have considerably larger populations than Winston-Salem. However there are many examples of smaller cities that have seen great success in the microbrewery arena. According to Forbes, nearby Asheville had 19 microbreweries as of 2016. With a population of almost 90,000 people, there were 21.6 breweries/100,000 people, making it third on the list of breweries per capita. First on the list is Portland, Maine, which has only 67,000 residents. Winston-Salem has a population of about 242,000 people and currently has only 7 microbreweries (2.9/100,000). So although there has already been a great deal of growth, there is no reason to believe that a city of Winston’s size cannot sustain more!

Furthermore, the growth of craft brewing is trending throughout all of the United States. According to brewbound.com, there is a consistent 5% growth in the number of breweries throughout the country and it the U.S. is expected to have over 7,000 in operation by the end of 2018. They believe this shows that nationwide the craft beer market still has room to grow.

Even local brewers can feel the momentum behind within this growing field. As we have spoken with many of the breweries, there is a consensus that adding more breweries only adds fuel to the fire, rather than detracting from what is already going on. Upon the opening of Wiseman Brewing, the 4th brewery in Winston, the taproom manager himself said that although the craft beer market has expanded greatly in the Triad in recent years… there’s still plenty of room for growth (Triad Business Journal).

The growth of craft brewing in Winston-Salem specifically is fueled by the energy and momentum throughout our downtown. According to the Triad Business Journal, at the beginning of 2017, there were approximately 3,200 housing units with 600-700 additional planned units. This includes the new multifamily developments such as The Link Apartments in the Wake Forest Innovation Quarter, 757 North Apartments, and West End Station. These new residential developments bring people into the heart of Winston-Salem and with that comes a growing need for nearby entertainment, such as breweries.

Given the continued interest in craft beer, the lack of saturation of breweries per capita, and the energy fueling downtown Winston-Salem, there is no reason to doubt that Winston can support the addition of more craft brewing.

There is still a great deal of interest in downtown Winston-Salem from many breweries. It is clear that the growth we have seen in the craft beer market is far from slowing down and we are excited to see what is still to come!